The Local Studies Department is the primary resource for local history research in County Tipperary for historians and enthusiasts. It has a dedicated reading room with modern research facilities.

On November 30, 2020, a two part series, The Hunger: The Story of the Irish Famine, narrated by Liam Neeson, was aired on RTE 1 television. It engrossed its viewers with details as to where and how the Famine impacted on the lives of people all over the island. This programme was very much a reflection of the wonderful study undertaken by University College Cork and Cork University Press in their book Atlas of the Great Irish Famine. Now, 176 years on since it first emerged, the Famine has a resonance which has lived on in generations of Irish people, a resonance which has in no way dimmed with time.

Tipperary County Council Library Service holds a vast collection of Poor Law Union Minute Books, Rate Books, and Workhouse Registers, encompassing virtually the entire county. Prior to the famine period, in 1838, an act for the more effectual Relief of the Destitute Poor in Ireland was passed into law on 31 July. This act set in motion a relief system which would assist people in distress, those in poverty and the underprivileged. Workhouses were erected in the various Poor Law Unions of Tipperary, of which records survive in the Tipperary Studies collection from Borrisokane, Cashel, Clogheen, Clonmel, Nenagh, Roscrea, Thurles and Tipperary. In the recent past 130 rate books, a sample of those which have survived from the Cashel, Nenagh and Thurles Poor Law Unions were digitised and put online on the Tipperary Studies digital platform www.tippstudiesdigital.ie In addition to these records workhouse admission registers for Cashel, Roscrea and Thurles were also digitised and uploaded, as well as a death register from the Cashel Union. Indeed the Cashel records proved very important in the ancestry of actress Mandy Moore who came to Ireland to record an episode of the acclaimed television series Who Do You Think You Are? in 2018. One of Mandy’s ancestors died in the workhouse in Cashel and the entry was recorded in the Cashel PLU death register, 1847-1849 and it also featured in the programme itself.

On 18 January 2021 staff at Tipperary County Council Library Service undertook an ambitious project to commence digitising its Famine related Minute Books from the above eight Poor Law Unions. The Poor Law Guardians, a sort of forerunner to the local elected representatives, met weekly and the findings, reports and statistics presented at their meetings were recorded in hard bound minute books.

There are just over ninety Minute Books in the archives at Tipperary Studies, which embrace the pre-famine and famine years up to 1852, of which seventy have been scanned, comprising 35,000 images. It is envisaged that these records will be uploaded to the Tipperary Studies digital website by mid-May and they will be freely available to view and read, as well as to download, anywhere in the world.

These Famine records provide a unique weekly insight into pre-famine relief and distress in county Tipperary, the emergence of the potato famine itself and what it meant in the day to day workings of the various Poor Law Unions. Statistics form a valuable tool in quantifying the level of admissions, relief and death rates, and the minute books contain a wide range of such figures. Names of young girls who were part of the Earl Grey Scheme are also found in some of the minute books. Under this scheme young girls who had been orphaned during the Famine and who were resident in Irish workhouses, were sent to the Australian colonies. The entries in many parts of the minute books are often stark, at times cruel and on the whole very sad. 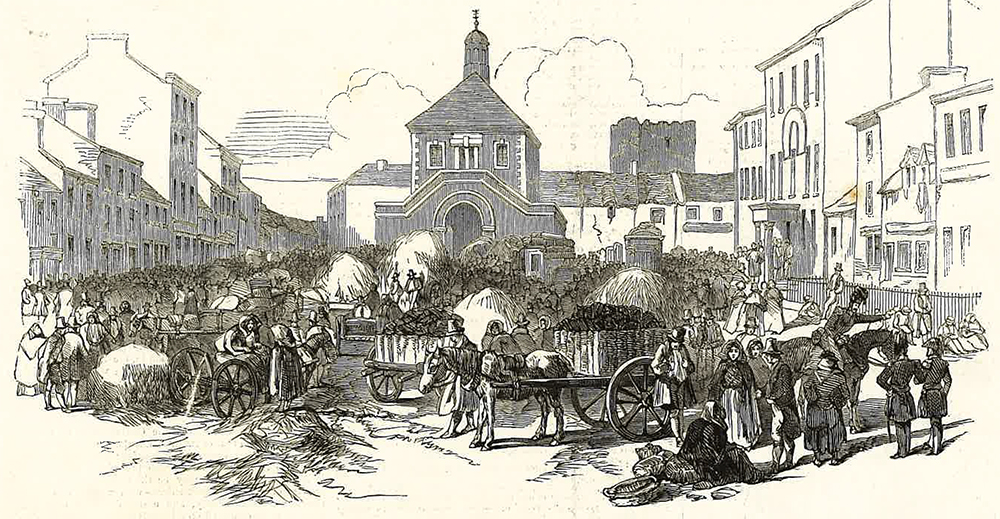 Dr John Crowley, University College Cork, and one of the editors of the Atlas of the Great Irish Famine commented that ‘The Poor Law Unions and the workhouses are an integral part of the history of the Great Irish Famine (1845-52). Such was the extent of the distress in the Famine years that many of the starving clamoured to get into the workhouses. The surviving records in many instances provide the names of those who perished within their walls and are a powerful reminder of the devastation wrought by hunger and disease. Tipperary County Council Library Services are to be congratulated on this excellent digitisation project.  Making such records available online for the first time will facilitate not only a much greater public engagement with the history of the Famine but will also prove to be an invaluable resource for researching and understanding its impact at local level’.

Dr Ciarán Reilly, Historian of 19th & 20th Century Irish History, Maynooth University further added that ‘this is a fantastic project and a massive undertaking by Tipperary County Council Library Service. I am sure it will be brilliant resource for people from Tipperary and further afield. Knowing what these records contain, there are so many things which they will be used for, but most important these voluminous accounts will allow for a further and fuller understanding of the experiences of life during the Famine period, the workings of the poor law unions and the now infamous Irish workhouse.’

After the initial launch in May, work will continue on the digitisation of the remaining minute books, a work which will bring the record collection up into the early decades of the 20th century. It is an ambitious project, but one which Tipperary County Council Library Service believes will strike a chord with the Diaspora, for the workhouses of the county were not solely for Tipperary people. Names of people from all over Ireland are to be found in the workhouse registers already online. It will take much time to bring the whole project to a conclusion, but it is a project worth embracing, as the current circumstances of Covid-19 cause many people to reflect on who they are and where they came from. 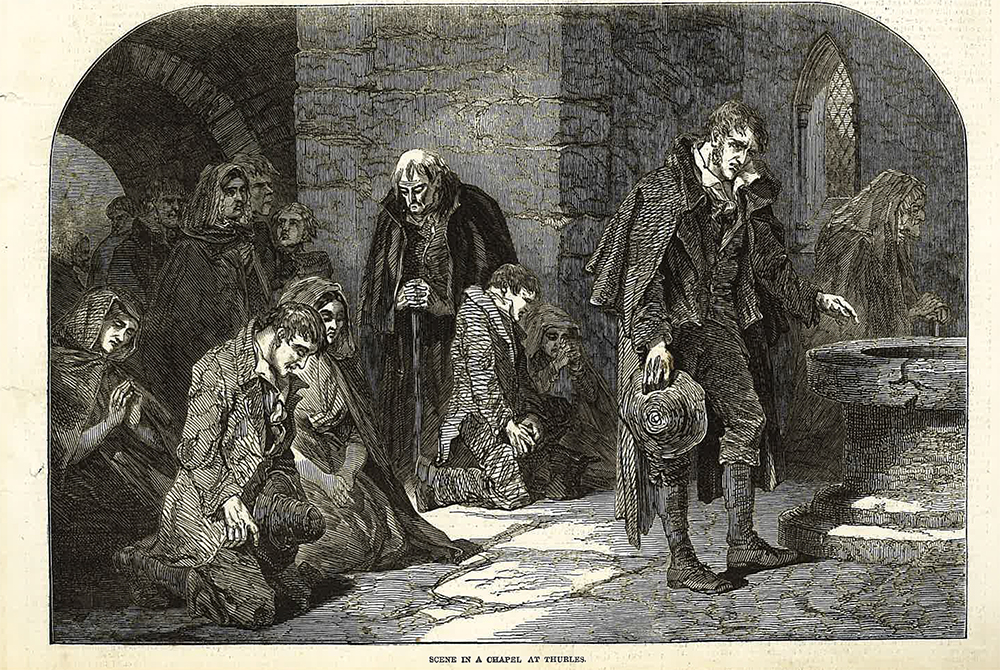